Hi there and welcome to my site!

My name is Holly, and I’m a photographer living in Northwest Philadelphia in a neighborhood called Manayunk. I live in a tiny 900 square foot “worker” home that is 110 years old! I’m on a personal quest to find the best life has to offer at home and abroad while shooting it along the way.  When I was 9 years old, I received a Kodak disc for Christmas (remember them?!!), and I’ve had a camera in my hands ever since.

Almost twenty years ago I started my first career as a graphic designer in the music industry, where I had a ton of fun working with all kinds of creative people. But I had a HUGE dream, that didn’t fit in with a full-time job. I dreamt of backpacking around the world to explore places I never thought I’d see. Two and half years later, I made my dream come true, quitting my job to travel through Asia, Africa and Europe, and I’ve been self-employed since my feet touched back on American soil.

Along the way I met my husband – who happened to be my safari guide – on an overland tour from Johannesburg, South Africa to Nairobi, Kenya,  which kicked off a cross-continental relationship until we tied the knot four years later. We decided to start our lives in America, and continued to travel back to South Africa every winter we could. I still dream every day about when we’ll return and where my next trip will take me.

My passion for photography was reignited in 2010 and later that year I sold my first image. I began a 365 the following year, and as the economy worsened, my 12-year stint with the ad agency came to an end. A few months later, my first solid gig as a photographer came when I was hired to shoot local events for an online Entertainment magazine. Although I had no event training, my natural instincts kicked in and somehow it all worked out.

Now, I photograph events for non-profit organizations who’s causes speak to my heart, and I license my work as Stock Photography. I taught through Big Picture Classes as mobile phone expert in the popular Phone Photography Classes 1 & 2, also offering a self-paced class on RAW photography and a 4-week workshop called Gatherings through the Lens, and I hope to run my workshop as a self-paced class here in the future.

On my downtime, you can find me wandering the streets of Manayunk with my expressive Aussie, Major, up to my elbows in dirt nurturing my green thumb, while drinking countless cups of coffee to an eclectic mix of music. I’ve been photographing that morning cup every day now for over four years! I wrote about reaching 1000 days on Mortal Muses in May 2014, which was later edited and published for  Bella Grace magazine. 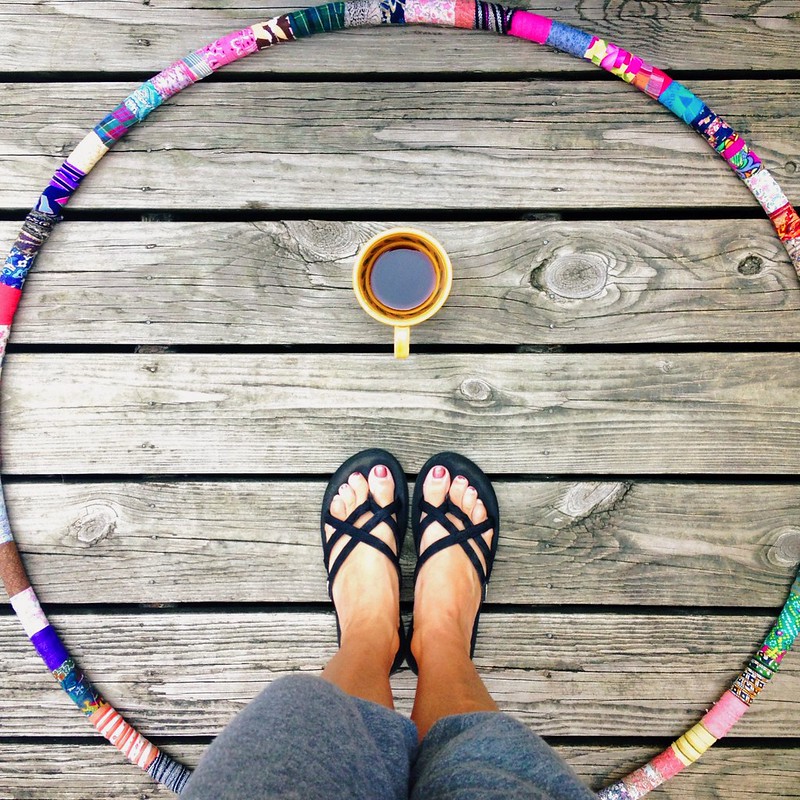 I write about photography at ViewFinders, a female photography collaborative dedicated to capturing the world around us, and prior to that, I blogged on Mortal Muses for over three years. I decided to start this blog to have a home where all my interests intersect, and for me to journal about how it unfolds along the way. You’ll probably hear me talk about my quest to quiet my mind in meditation along with comedic attempts to get into crane pose – although not at the same time! I hope to grow into this space and am excited to see how it evolves.

Thank you for joining me on my journey!

All the Best,
Holly